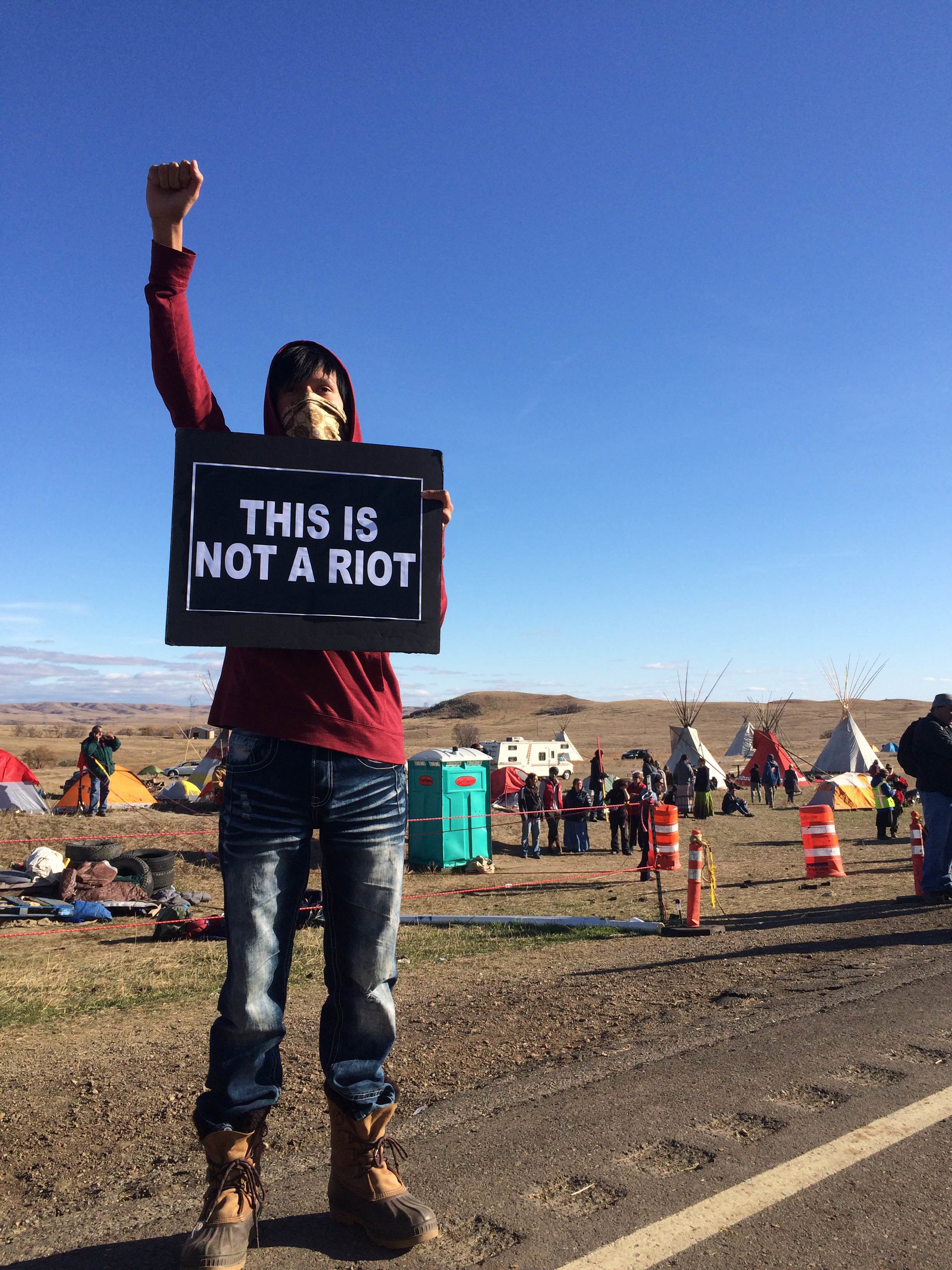 From MassArt student: Francisco Ormaza who is at Standing Rock creating art to support the protection of water against the building of the DAPL Pipelin: My friends and family,  this is a mass message to spread information about the current actions at the standing rock resistance.  As you may know in the conflicts at standing rock we are protectors not protesters.  For people at the encampments spirituality is not separate from direct actions against the DAPL.  Actions are nonviolent and constant acts of prayer.  Today we took back treaty land that was claimed by DAPL by eminent domain. It is requested that all of us move to this encampment seeing as this is one of the last stands before the pipeline reaches the Missouri River.  We have set up road blocks and are wanting to move everyone to that camp. the police observed from the hill in their armored vehicles. We suspect a crackdown tomorrow. Yesterday 83 people were arrested maybe more. I still have yet to find a good fb live resource, one who has been live is : http://www.unicornriot.ninja  also Myron Dewey On Facebook Some good resources  —> sacred stone camp fb, ocetisakowincamp.org (main camp) –> And share as much as you can with your people, we need support! I realise that the word is not getting out that easily and is being misconstrued.  Most media references the law enforcement but where is our side ? — we need bodies ! People to come up two days, a week anything is  worth it. I think the best way to help if you can’t come or donate is inform people. First and last images are images of the front lines camp now the reclaimed treaty land
I am now in charge of the art tent where we make patches posters and flags- the most beautiful studio
I am at main camp but might move up to front lines. There are four camps total.
The possibility to overpower the law enforcement’s response is there but we are down 83 people who were arrested at yesterday’s direct action – footage on those websites, watch out for tomorrow